Shipping to the United Kingdom is currently unavailable.

Your guide to stay informed and save

The Romans and Greeks were also aware of the effects of cannabis and used it as a medicine. In Western European countries, cannabis was mainly used for making rope, clothes and as a windbreak during the Middle Ages.

In the United States, cannabis use experienced a major revival during the alcohol ban in the 1920s. In the 1960s, cannabis became part of the “flower power” movement and a large proportion of young people from all walks of life in the United States and Europe began to use it.

Already in the 19th century, extracts of cannabis were sold in Dutch pharmacies. The drug was known as Extractum Cannabis indicae and was used in case of seizures, asthma, sleep cramps and migraine. Because of other medicines, cannabis disappeared from the pharmacy.

In 1972 the first coffee shop appeared in the Netherlands.

Hashish and weed can optionally be mixed with tobacco for subsequent smoking.

Cannabis can be used for various purposes. For example, there are several medical conditions that can provide comfort or support through the use of Cannabis. In addition, Cannabis is of course often used for relaxation, escape, reinforcement and damping. The many different effects of using Cannabis are therefore called “stoned” and / or “high”.

The type of Cannabis a person takes, depending on gender, weight, mental condition and the environment determine the effect of a certain product. When smoking, cannabis already works after a few minutes. The effect fades after 2 to 3 hours. Being high means a stimulating or energetic effect and you mainly experience psychic effects. “being stoned” describes a more physical and relaxed effect. You can both get high or stoned from hash and weed. This depends on the type of hashish or weed that is used.

We believes that it is important to provide our visitors with complete information. That’s why we want to explain all possible aspects of the use of Cannabis. When smoking cannabis, tar gets into the lungs, which can be harmful. In addition, there are psychic effects that are not always experienced as positive In some situations Hashish and weed can affect the ability to remember things that have just happened, so the short-term memory. The effect is temporary. Your memory will function normally again 3 to 4 hours after using Cannabis. Under the influence it can be difficult to stay focussed. Or you can only focus on a specific detail or you are easily distracted.

There is a slight risk that you can feel sick and anxious. This mainly happens to inexperienced users. They do not know the strength of the weed they smoke, or do not have the right knowledge.

Your blood pressure may drop as a result of using hash and weed. It is also harder for you to coordinate your muscles. Cannabis disrupts your responsiveness and reduces coordination. This makes it very dangerous to drive under the influence. Driving under the influence of cannabis is prohibited and punishable by law. We therefore strongly advise against participation in traffic in any form after the use of Cannabis.

With the right knowledge, the right products and the right environment, cannabis can of course be enjoyed. The desired effects therefore ensure relaxation, enhanced taste perception, more intense physical contact, less stress and a social stimulants. In addition, lights and sounds can be experienced intensely and the imagination and creativity are stimulated. If negative effects prevail, ask our crew for advice, but some fresh air and a sugary drinks help immediately.

The use of Cannabis can have a long-term effect on mood, or even cause psychological and physical dependence. If there are long-term side effects or if you need more help, contact the specialized organizations.

Can I drive if I smoked one joint?

As a driver it is forbidden to be under the influence of cannabis. Cannabis reduces your reaction speed, coordination and perception. This depends on the strength of the joint and how much time elapsed after smoking the joint. Preferably do not take the risk and do not smoke for at least 24 hours if you are going to drive a vehicle. The police can conduct a saliva test to determine whether drivers are under the influence of cannabis. If the saliva test is positive, a blood test will follow. In the case of cannabis, the THC level in the blood must not exceed 3.0 micrograms per liter of blood.  Hunter’s believes that conscious use is important, and safety is always a priority.

What is the best way to use cannabis?

You can smoke cannabis, with or without tobacco. You can also use a water pipe. Inhaling through a water pipe or vaporizer feels softer, but the effect is no less strong.

Everyone is welcome to use Cannibis at Hunter’s, but it is not allowed to smoke Cannabis mixed with tobacco.

Eating cannabis is also possible. Weed and hashish dissolve well in butter. You can make all kinds of products with this butter, such as cake or brownies. The strength of the effect varies. Some people don’t notice much when they eat cannabis through food, others can’t take it. The disadvantage is that you do not immediately notice how this works for you: often only after 60 to 90 minutes. Moreover, the effect of the cannabis can last for 6 to 12 hours. Get advice in our shops or how you can use our products for an optimal experience.

If I want to use cannabis, where should I go?

You can only legally buy cannabis in a coffee shop. You must be at least 18 years old to be able to own cannabis (and therefore also to be able to buy it).

Get advice from Hunter’s about the different types and operation.

Our dealers can always advise you about the right strain and the correct use.

What effect has cannabis?

What effect a medicine has has to do with a number of factors. The type of Cannabis, the person taking it (such as gender, weight, mental condition, etc.) and the environment. Together  they determine the effect of a certain substance.

When smoking, cannabis works after a few minutes. The effect fades after 2 to 3 hours.

Users often speak of being high or stoned. Being high means a stimulating or energetic effect and you mainly experience psychic effects. By “being stoned” is meant a more physical and relaxed effect. You can both get high or stoned from hash and weed. This depends on the type of hashish or weed that is used and each person experiences it differently.

What is the difference between cannabis, marijuana, weed and hashish?

Cannabis is the species name of the entire plant.

There are different cannabis varieties, the most important are cannabis sativa and cannabis indica.

Other names for the same product are weed and marijuana. These are the dried, crumbled flower tops and leaves of the cannabis plant, which have a psychoactive effect due to the presence of the substances THC and CBD. Hashish (or hash) is made by collecting, drying and sieving different parts (including the flowers) of the plant.

By compressing the sieved resin granules, an oil-rich resin is created, from which slices are made. Hashish often has a higher THC content and in that case also a stronger effect. But hashish also has a higher CBD content, which slows down or changes the effect of THC. Hashish and weed can optionally be mixed with tobacco for subsequent smoking.

Cannabis is a natural product derived from a plant called Cannabis sativa. It is known by many different names across different cultures, including marijuana, weed, and grass. Basically, marijuana consists of a cannabis plant’s dried flower buds. Hashish, or hash, is made by sifting the resin from these flower buds and then compressing it into a concentrated block. The many different effects of using cannabis are usually called being ‘high’ or ‘stoned’. The main substance that produces these effects is called THC, or tetrahydrocannabinol. Each different type of hashish or marijuana contains different amounts of THC. As part of our responsibility to our customers, and to increase customer awareness, we list THC levels on our coffeeshop menu.

Still have a question?

Still not provided with enough information?
Don’t hesitate to ask us for more.

I have a question

We have 1 bar and 6 coffeeshops in the centre
North & West of Amsterdam, Zandvoort and Haarlem.
Above all, we still make it happen, see you soon!

Become part of the Hunter’s community

Stay on top of the latest blog posts, news and announcements

No spam, ever. Seriously. We’ll just let you know when there’s something new.

Can we improve our service or
need information?
Drop us a line.

Do you want to work in one of
our coffeeshops? Don’t hesitate to
send us a message.

I want to work for Hunter's

All our Bars & Coffeeshops 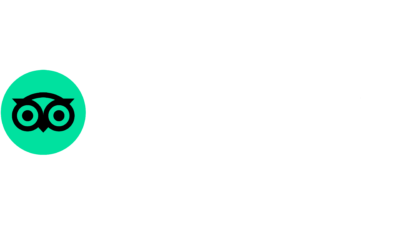 Manage Cookie Consent
To provide the best experiences, we use technologies like cookies to store and/or access device information. Consenting to these technologies will allow us to process data such as browsing behaviour or unique IDs on this site. Not consenting or withdrawing consent, may adversely affect certain features and functions.
Manage options Manage services Manage vendors Read more about these purposes
View preferences
{title} {title} {title}
Shopping cart0
There are no products in the cart!
0